See for yourself what people have had to say about their experiences with FCSN. Their strength inspired us, and their words mean the world. 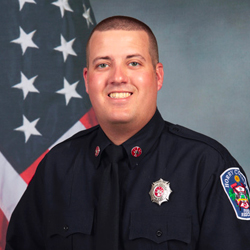 Brad Kavetski is a founding member of the Firefighter Cancer Support Network-South Carolina Chapter and is the current State Director. Brad is a 12-year fire service veteran and began his fire service career as a volunteer in rural northeastern Pennsylvania. Brad is a Nationally Registered Paramedic and obtained a Bachelor’s Degree in Fire Science Management from American Military University. He currently serves as a career Fire Captain with Horry County (SC) Fire Rescue & EMS Department and received his Fire Officer Designation from the Commission on Professional Credentialing.

“While completing research for my degree program’s capstone project on firefighter cancer prevention, I learned there was no FCSN representation in South Carolina and immediately knew that it needed to change. Though cancer has not affected me personally, a close family member who happens to be a vital fire service mentor to me was diagnosed with lymphoma. The realization that firefighter cancer is an overwhelming issue firefighters face in today’s fire service solidified my involvement with the FCSN to bring much needed firefighter assistance, cancer prevention, and training to the South Carolina fire service.”

In his spare time, Brad enjoys travelling, hiking, and camping with his wife, son, and twin daughters. 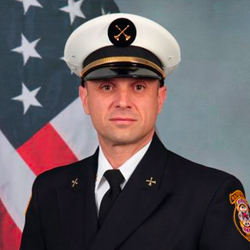 Hi, my name is Andy Dina, and I have been a member of the fire service for 30 years. I currently work as a division chief for the Naperville (IL) Fire Department, where I have just completed my 27th year of service. The Naperville Fire Department employs more than 200 personnel and operates out of 10 fire stations. We have six front-line engines, three front-line ladder trucks, one front-line heavy rescue squad, eight front-line paramedic ambulances and two command vehicles.

At age 46, during a routine annual fire department physical, I discovered that I had prostate cancer. With much research, second opinions and the help of my wife, we chose one of the many treatment options that were available to me.

I never thought to contact the Firefighter Cancer Support Network (FCSN) until a close friend and cancer survivor recommended it to me. The support I received was awesome, and to this day, I use the toolbox that the FCSN supplied to help organize my medical files.

After many conversations with my mentor, I realized how important it was to have a peer to talk to, somebody with a similar diagnosis and treatment who simply understood what I was going through and how I was feeling. Today, nearly 7 years later and cancer-free, I still keep in touch with my mentor from time to time.

I wanted to pay it forward and help others the way the FCSN helped me during a difficult time in my life, so I contacted the FCSN and applied to be a mentor. Since then, I have dedicated some of my time to mentoring firefighters from around the country who are suffering the devastating news of a cancer diagnosis. I have met some interesting people and made some long-distance friendships along the way.

About five years following my cancer diagnosis, my wife was diagnosed with breast cancer, she was 47. After finding the right doctor and treatment option, we made a call to the FCSN. It was amazing to find that my wife received the same exact support from the FCSN that I did. She received a tool box and was connected with a wonderful mentor who had nearly the same cancer type and treatment my wife was receiving. Today, my wife is cancer free and continues to talk to her mentor.

The FCSN was also there for me by supplying educational material to our department, which enabled me to deliver training on the effects of cancer in the fire service and steps we could take to prevent it. Today the Naperville Fire department is a leader in cancer prevention and awareness initiatives in the fire service where we are always looking for ways to improve our practices to further reduce the cancer risks our firefighters face every day.

I would like to say how kind and helpful the staff at the FCSN have been — they are truly a caring organization and stay true to our shared mission: “Together, We Can Make a Difference.” 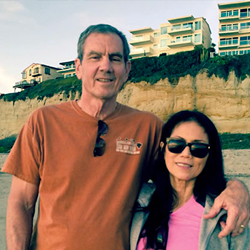 Hi, my name is Joe Nestor. I started with the Pasadena (CA) Fire Department on March 27, 1972. In 1974, I was the second firefighter from Pasadena Fire Department to go to paramedic training. In 1979, I was promoted to fire captain, and as a captain I served as the city’s disaster preparedness coordinator. In 1981 I was promoted to fire captain II, and I was on a truck company until my promotion to battalion chief in 1987. I served as an operation battalion chief overseeing eight fire stations with eight engine companies, two truck companies and four paramedic transport ambulances. As a battalion chief, I also served as the department’s training coordinator.

In 2001, while serving as the fire marshal and liaison to the Tournament of Roses, I was diagnosed with bladder cancer. I had surgery to remove the tumor and was back to work in two weeks. In 2002, the cancer returned and along with surgery, I began receiving localized chemotherapy. Even with the chemo, I only needed to miss 10 days of work.

In 2002, while still undergoing chemo, I accepted the position of fire chief with the City of San Gabriel, California. I always tell people, “Don’t let the cancer interfere with your life any more than it has to.” In 2005, the cancer returned in a very mild form. I again underwent surgery and localized chemo, and I have been cancer-free since April 2005. I love serving as a mentor, because the only thing I regret about my cancer diagnosis is not being able to talk to someone about my cancer during those first couple of weeks. I am very grateful to be in remission, and anything I can do to help relieve someone else’s anxiety and worry is so rewarding.

In April 2013, I had open-heart surgery to repair an aortic aneurysm. I feel very fortunate that the aneurysm was discovered on a routine echocardiogram, and I am doing very well with no serious side effects. I recently retired as fire chief for the San Gabriel Fire Department, and am looking forward to spending more time with the family.