Byron retired on December 31, 2019 after 34 years of Service and in his final 4 years he was assigned to Training and Safety in Chapel Hill. During his time in Training, much of his time was focused on Peer Support and Cancer Prevention. He currently works part-time as a Captain with Mt. Hope Fire Department.

Byron heard a FCSN member speak at Carrboro Fire Department, and decided that he wanted to get involved. Fortunately for FCSN, Byron joined our team in 2017 and has generously volunteered his time for the last 4 years. Byron was appointed the State Director in North Carolina in 2020 and is presently serving this position.

After 34 years in the fire service Byron was diagnosed Basal Cell Carcinoma twice. The second time required Mohs Surgery to remove all of the Cancer.  “I am extremely fortunate after 34 years in the Fire Service that I have only had Skin Cancer.  It was extremely surreal to get Requests for Assistance from Fire Service friends that I have known for many years”, Byron said.  “Unfortunately, I lost one of the best Ladder Truck Drivers that I ever had to Pleomorphic liposarcoma. Helping write and implement a Cancer Prevention Policy at Chapel Hill was one of the most important and most meaningful accomplishments that I ever did”, he says.

During his time with FCSN he has been able to deliver training and support to numerous fire departments in the state, including delivering training to every member at Chapel Hill. He was also successful in receiving a grant from the North Carolina State Firefighters Association to support the FCSN’s North Carolina Representatives in travel, seminar, and education expenses. One thing Byron values most about FCSN is being able to visit with Fire Departments all around North Carolina and share the FCSN’s message. “It’s a true culture change from the way we have done business for many years. I really enjoy delivering the FCSN program and seeing Firefighters wanting to start making changes before I leave” he says. “I will be so glad to get out and meet with everyone face-to-face again. I have had so many Requests for Assistance that all I could do was talk with them on the phone and send them a FCSN Toolbox. It means so much more to meet them and their families, be with them during surgery, and let them know that FCSN is with them through their journey”.

We are so grateful for Byron and his volunteerism in North Carolina. He has been a wonderful asset to our team of mentors and state directors. 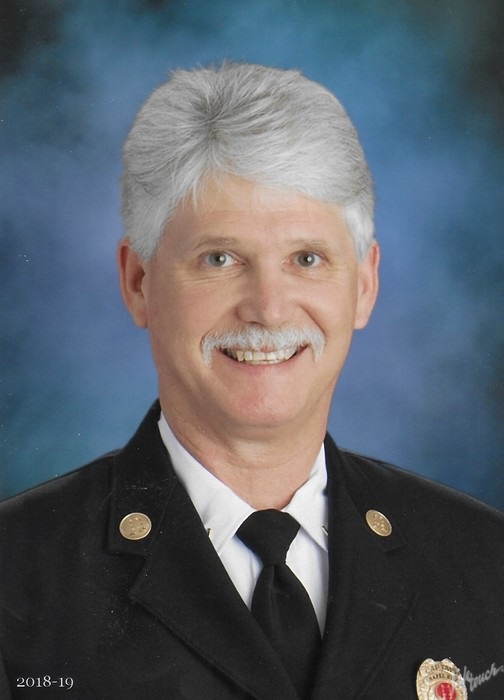