REMEMBERING THOSE WE LOST

Firefighters Cancer Support Network honors and remembers America’s fire heroes that have lost their battle with cancer by sharing their stories and what they meant to their families, their communities, and our nation.

Rand Gaber left this earth on Sunday, 16 August, at home in the loving embrace of his family. A longtime resident of the City of Fairfax, Rand made an enormous impact on so many people – both professionally and personally – and will be sorely missed.

Rand was born in Rhinelander, WI on 12 September 1951. He was the third of eight children born to Bob (Robert) and Dolores Gaber. Rand spent his adult life in public service.

Rand joined the Coast Guard when he was 18 years old and served on the Great Lakes for four years. He left the Coast Guard and moved from Michigan to Fairfax, VA in 1973 to pursue a career in law enforcement on the Fairfax County Police Department (FCPD). While there, Rand re-enlisted in the Coast Guard Reserve. He also started a home improvement and commercial renovation company, Homeworks, Inc., that he successfully operated with his partner for more than 25 years. After five years on the FCPD, Rand transferred to Fairfax County Fire and Rescue, where he served as an EMT, Firefighter, and Fire Marshal. He retired after 25 years of service. Upon retirement, he “walked across the street” to the City of Fairfax as a Building Inspector. He utilized his expertise in code enforcement, general contracting and fire safety to guide and lead commercial projects in the City of Fairfax. Rand achieved the designation of Master Code Professional in 2008. He retired from the City and came back to work as a contractor for five more years.

Rand was very active in the American Legion Post 177 in Fairfax City, VA, and served on the Corporate Board. He worked very closely with developers, architects, Legion members, and the City of Fairfax on expansion. Rand worked tirelessly to improve and update the Legion for its members. One of many projects Rand worked on, and took pride in, was the retirement of old and worn flags. The American Legion Post 177 is a drop off point for retired flags in Northern Virginia. US Flag Code, Title 4, Section 8k: states, “The flag when it is in such condition that it is no longer a fitting emblem of display, should be destroyed in a dignified way, preferably by burning”. Boy Scout Troop 1887 and Legion members would oversee the burning of the flags at Post 177. Due to the high volume of retired flags (approximately 1000 per year), and in the interest of safety from toxic fumes and ecological concerns, another solution seemed necessary. Rand collaborated with Covanta Fairfax (Lorton incinerator) and Fairfax County Public Works to provide a safe, respectful and honorable flag disposal at Covanta, according to the US Flag Code. 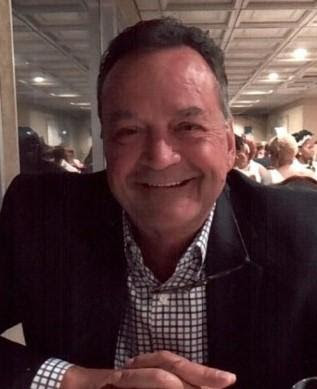