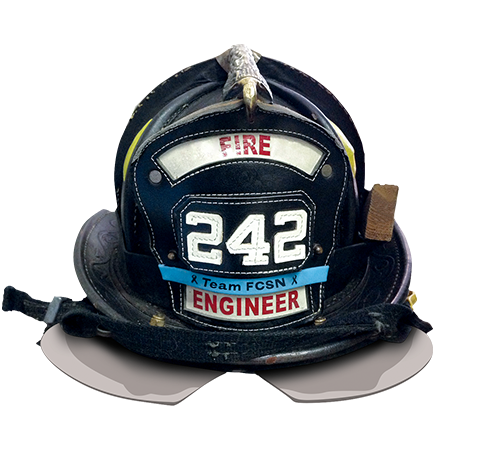 Since 2005, FCSN has helped thousands of firefighters and their families cope with cancer. During the Gala we’ll be joined by survivors we’ve helped along the way, including many who are now helping other firefighters through their cancer diagnosis, treatment, and recovery phases. We’re also welcoming the other survivors – the families, friends, and colleagues of those who have passed on. We hope you’ll join us for a fun evening with cocktails, dinner, silent and live auctions with special guest emcee Jamie Kaler and entertainment from comedians, Jodi Miller, Brad Williams, Laurie Kilmartin and Jimmy Shubert. Jodi Miller has been performing stand up comedy all over the country for over 19 years, and has also done 4 military tours including going overseas to entertain the troops in Afghanistan. She’s been seen on America’s Got Talent, Gotham Comedy Live and Comics Unleashed. Jodi performs in memory of her mother who passed away from cancer. A California native, Brad Williams started doing standup at age 19 and has been touring ever since. He has appeared on numerous TV shows including Legit, Dave Attell’s Comedy Underground, Sam and Cat, Live at Gotham, the Tonight Show, Jimmy Kimmel Live, Mind Of Mencia, and Pitboss. Brad performs in honor of his father who survived cancer. Laurie Kilmartin is a NY Times Bestselling author, an Emmy-nominated writer and has appeared on CONAN, Last Comic Standing, Jimmy Kimmel Live, and Comedy Central. Laurie performs in memory of her father who lost his battle to cancer. She recently spoke about it in her new Comedy Special, “45 Jokes About My Dead Dad.” Jimmy Shubert is one of the busiest comedians today. He’s been seen on Last Comic Standing, Comedy Central, and performed for the troops in the Middle East as part of the “America Supports You” program for the Defense Department and Armed Forces Entertainment. Jimmy performs in honor of his father who has had a long career in law enforcement.

The nonprofit Firefighter Cancer Support Network is extremely grateful to those who make our vital support, awareness, and prevention missions possible. For details about becoming a gala sponsor or donating goods or services for the auction, please download the sponsor and donation forms or contact Lisa Raggio, FCSN’s director of government and donor relations, at lraggio@fcsn.net. FCSN will be happy to process your credit-card transactions directly, too. Please contact FCSN Treasurer Trey Kelso at treasurer@fcsn.net for details.

FCSN has been a leader in the battle against occupational cancer for more than a decade. We’re marking FCSN’s 12th anniversary with some of our partners in the fight. We’ll be joined by survivors we’ve helped along the way, including many who are now helping other firefighters through their cancer diagnosis, treatment, and recovery phases. We’re also welcoming the other survivors – the families, friends, and colleagues of those who have passed on. Please join us – get your tickets now!

The Health and Wellness Symposium, taking place on November 30-December 1, will focus on cancer prevention best practices, behavioral wellness, personal protective equipment research, and navigating through the workers’ comp system. Admission is free. Click below for more information, and to register for the event.

Just a friendly reminder that the cutoff date in making room reservations, with the discount, is on October 30, 2017. 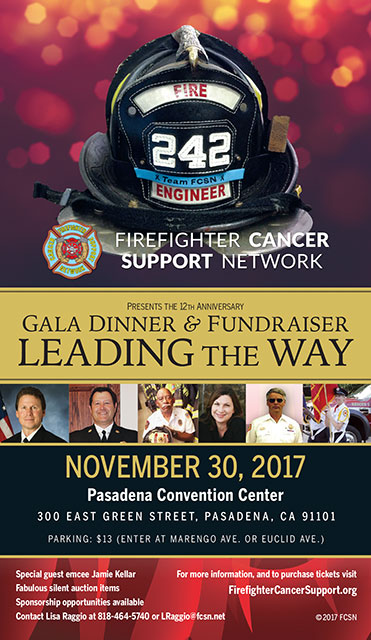